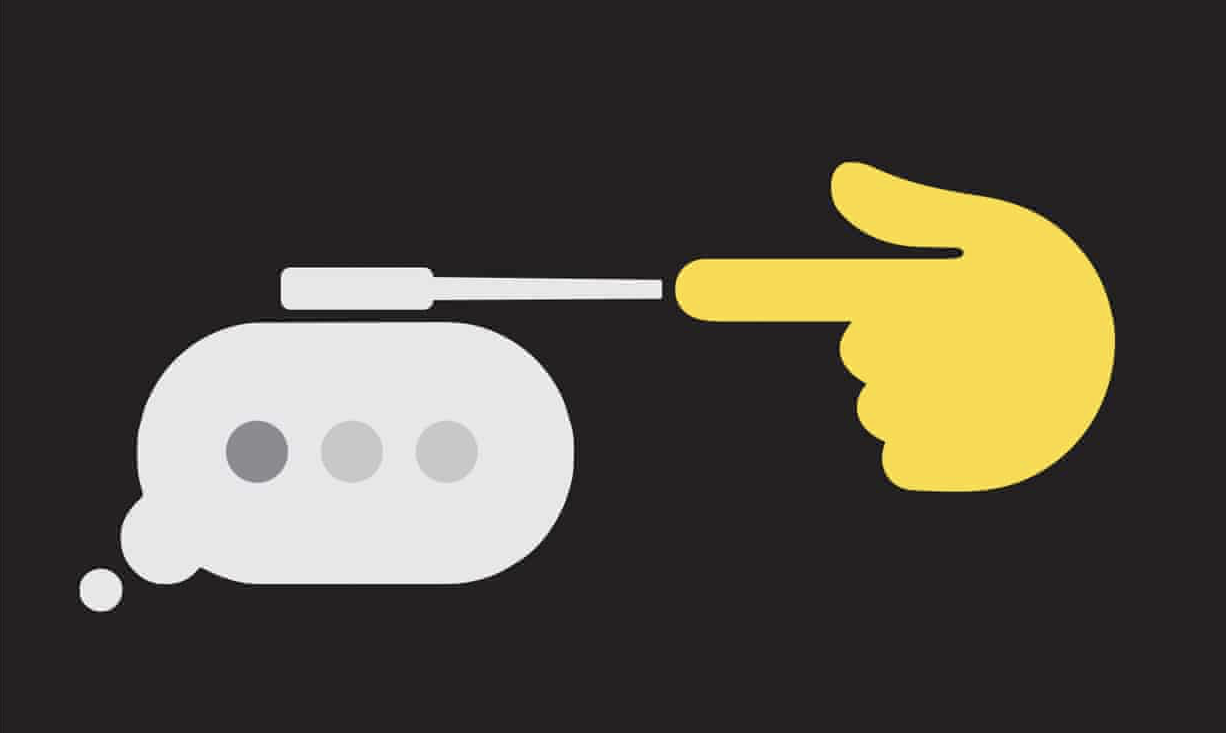 Coronavirus is the latest justification for extremism on the internet.

The Guardian newspaper reached out to HateLab late last year to include our story in a weekend feature. Below is an extract from the original.

In the corner of a chilly room at the end of a corridor in Cardiff University’s Glamorgan Building, a flood of racial slurs, misogyny, antisemitism and far-right slogans flows across a PC screen. “Imagine you had a crystal ball in which you could watch someone perpetrating every hate crime as it occurred somewhere out there, on the streets,” explains Matthew Williams, director of HateLab. “That’s what you’re looking at here, except the hate is happening online.”

HateLab’s aim is to provide a more accurate picture of hate speech across the internet. It is, Williams says, the first platform to use AI to detect online hate speech in real time and at scale.

Online hatred is so commonplace that the majority of incidents go unreported. According to British government data, 1,605 hate crimes occurred online between 2017 and 2018, a 40% increase on the previous year. But the Home Office admits this figure is probably a gross underestimate.

“Unlike the police, we don’t have to wait for a victim to file a report,” Williams says. “The program reflects a true indication of the prevalence of online hatred.”

It offers a granular indication, too. Williams specifies a date range, then picks from a filter of potential target groups: Jews, homosexuals, women, and so on (misogyny is by far the most prevalent form of hate speech on Twitter, he says). He selects “anti-Muslim” and a heat map of the UK lights up in red blotches showing geographical hotspots. Elsewhere, it reports the average number of hateful posts per minute and the peak times of day (hate speech, the group has found, is most prevalent during the daily commute, when people read and react to the day’s news).

A word cloud indicates the most-used anti-Muslim slurs, while a spiderweb visualises a network of perpetrators, identifying the “thought leaders” who are generating the most retweets, and how they are linked, via online accounts. “HateLab gives situational awareness to hate speech on Twitter at any given time,” Williams says.

Early last month, HateLab identified three forms of coronavirus-related hate speech: anti-Chinese or Asian; antisemitic, focused on conspiracy theories; and Islamophobic, focused on accusations of profiteering. “What we are seeing is a threat to health being weaponised to justify targeting minority groups, no matter how illogical the connections may seem,” Williams explains.

Williams, author of a forthcoming book titled The Science Of Hate, is a professor of criminology at Cardiff, but his interest in the field is not purely academic. In 1998, he travelled to London with friends to celebrate a birthday. At some point during the evening, he stepped out of the gay bar in which the group was drinking. Three young men approached. One asked if Williams had a light. As he handed over his Zippo, the man punched him in the face. Williams returned to his friends but said nothing, fearing that they would want to retaliate. Eventually, one of them noticed blood on his teeth and urged him to report the attack. “I said no,” Williams recalls. “At that time my parents didn’t know I was gay. My siblings didn’t know, and neither did most people from my town. I didn’t want to come out to the police.”

But Williams returned to Wales a changed person. “Any attack on your identity has a profoundly destabilising effect,” he says. “I became angry and depressed. I modified my behaviour. I stopped holding my boyfriend’s hand. I still won’t show affection in public.” He was not alone in failing to report his attackers; based on the combined 2015/16 to 2017/18 Crime Survey for England and Wales, only 53% of hate crime incidents came to the attention of the police. “People are fearful of secondary victimisation,” Williams says.

As domestic internet use became more commonplace, Williams noticed the hate speech he encountered on the streets reflected online. The difference was that it was there for everyone to witness. Fellow academics were initially sceptical of his preoccupation with online behaviour, but by 2011 “everyone knew hate speech was the key problem of the internet”. That year, Williams received a lottery grant of more than half a million pounds to accelerate his research.

Every social media platform represents a torrent of information too deep and wide to sift by hand. Williams and his team began by taking a random sample of 4,000 tweets from a dataset of 200,000. The trove was then handed to four police officers, trained to recognise racial tensions, who each evaluated whether every tweet was discriminatory. If three of the four officers concurred, the tweet was classified as hate speech. Over a four-week period, the officers identified around 600 tweets they deemed discriminatory, data that formed the gold standard by which the AI would test if a message was “malignant” or “benign”.

On the afternoon of 22 May 2013, when fusilier Lee Rigby was killed by two Islamist converts in Woolwich, London, the software had its first live test. Within 60 minutes of the attack, Williams and his team began harvesting tweets that used the keyword “Woolwich”. As the software sifted the data, the team was able to examine the drivers and inhibitors of hate speech, and identify accounts spreading anti-Muslim rhetoric. The team found that hate speech peaked for 24-48 hours, and then rapidly fell, while the baseline of online hate remained elevated for several months. Astonishingly, this was one of the first times a link between terror attacks and online hate speech had been demonstrated. And importantly, an increase in localised hate speech both anticipated the attack and, in the aftermath, shadowed it, showing that it might be possible to predict real world attacks.

The data fascinated social scientists, but Williams believed it was more than interesting: it could have a practical application in helping counter these narratives. In 2017, he began a pilot scheme with the national online hate crime hub, which was set up to coordinate reporting into this area. It now uses the HateLab dashboard to gauge ebbs and flows in the targeting of particular groups, as well as nuances in local tensions. This information can then inform operational decisions, helping direct frontline police work.

There are obvious privacy concerns, and HateLab must comply with data protection regulations. The platform depends on the willingness of Twitter to make its data available to third-party applications. (Facebook closed down open access in 2018, so independent organisations cannot screen its posts.) Twitter shares data on the proviso that HateLab does not identify individual accounts via its dashboard. “In that sense, we can only provide the 10,000ft view,” Williams says. The dashboard can highlight patterns, target groups and geographical hotspots – but connecting with individuals is outside its remit.