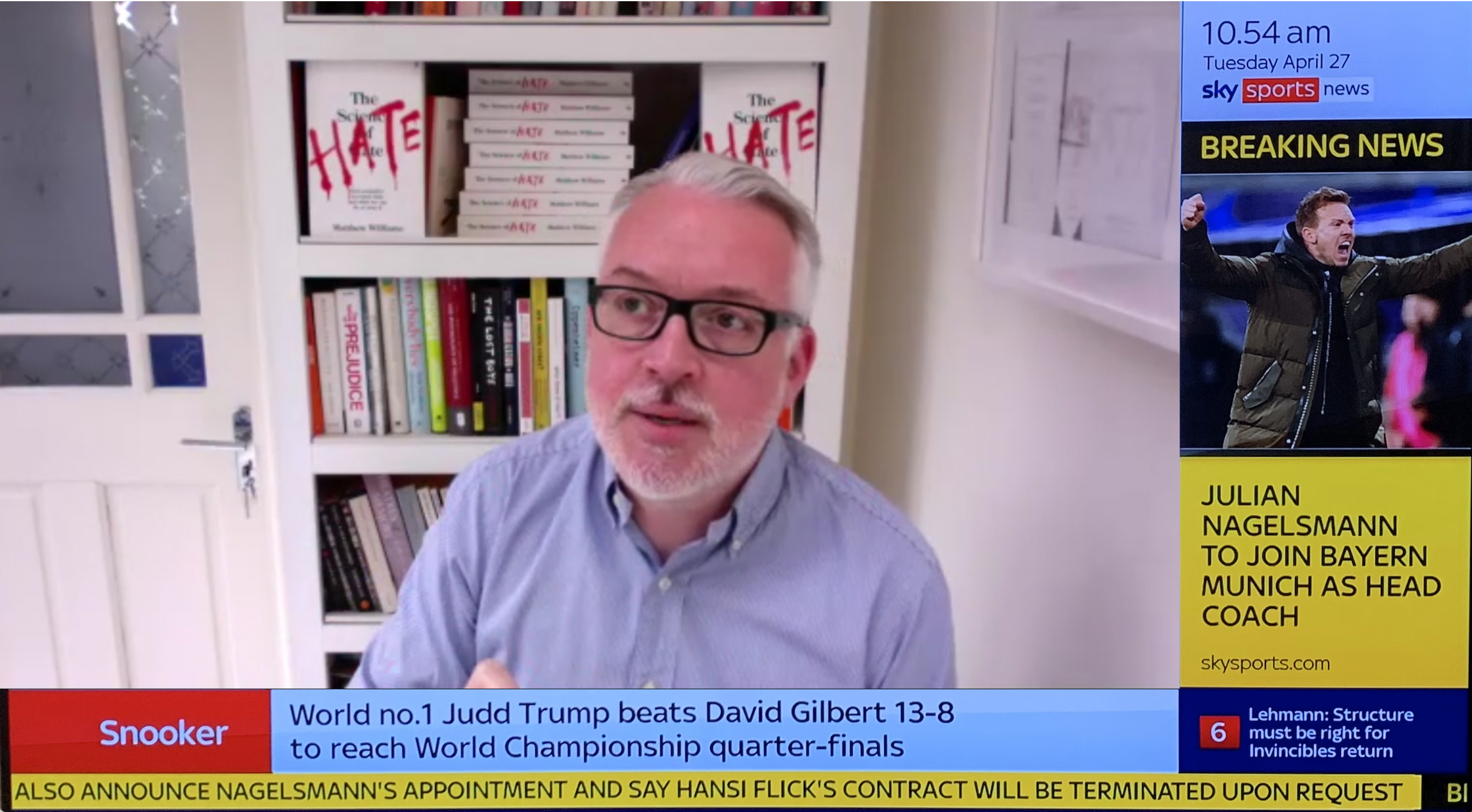 Football fans should use the same energy they displayed in protesting the proposed European Super League and channel that into condemning racism and social media abuse in all its forms, according to a university academic.

Professor Matthew Williams, Chair in Criminology at Cardiff University and Director of HateLab, believes supporters have a big part to play in helping to eradicate racism and challenge it wherever they see it.

He also says being challenged and confronted by fellow fans could have a more tangible impact as a deterrent than being issued with a fine.

“In the same way we saw them stand up against the Super League, we need that kind of energy and commitment against racism in the game,” Professor Williams told Sky Sports News.

“The feeling of shame, the feeling of being told that you are doing something wrong by somebody like yourself, it is far more powerful than a fine, for example.

“You can brush off a fine and say ‘I am not going to pay it’, or ‘the people giving me the fine don’t know what they are talking about’.

“If someone from your in-group, someone like you, so a fan of the same club, possibly the same race, same gender as you – if they tell you are doing wrong you are more likely to listen and feel shame as a result.”

Despite welcoming the use of boycotts and believing they can have a powerful short-term impact, Professor Williams would like to see individuals take more responsibility too.

“While the boycott will see some short-term change hopefully, what we really need to see is change outside of social media companies,” Professor Williams added.