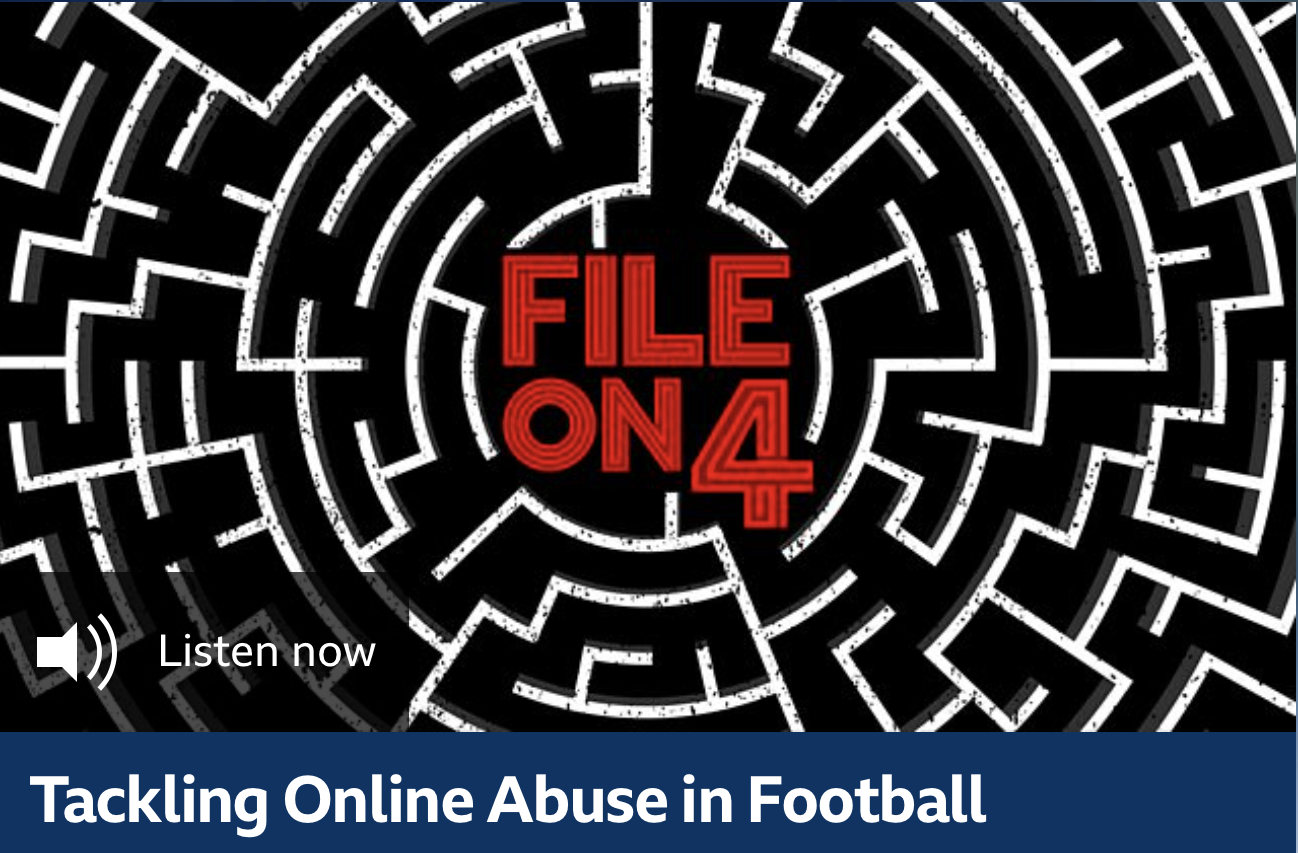 HateLab conducted new analysis for File on 4, charting the peaks and flows of online abuse in the immediate aftermath of the Euro 2020 final.

When three black England footballers missed penalties in the Euro 2020 football final they were bombarded with online racist abuse. The Football Association condemned the ‘offensive and racist’ messages saying it was ‘appalled’ and would do everything it could to assist Marcus Rashford, Jadon Sancho and Bukayo Saka.

File on 4 examines what many describe as institutional racism within the game and amongst supporters. Arrests were made in the wake of the Euro 2020 game but it remains unclear if any long-term measures have been put in place to eradicate the abuse which has spread from the terraces to online platforms.

HateLab conducted new analysis for the documentary, charting the peaks and flows of online abuse in the immediate aftermath of the final. We show within minutes of the penalty misses the number of racist posts sent on Twitter skyrocketed, peaking at over 380 between 11:00 PM and 12:00 AM just after the game. Rashford, Sancho and Saka were the prime targets.

The full analysis, including a look back at the last decade of online hate targeting premier league players, appears in the paperback edition of Professor Matthew Williams’ book, The Science of Hate, published March 2022.

Listen to the HateLab segment here: