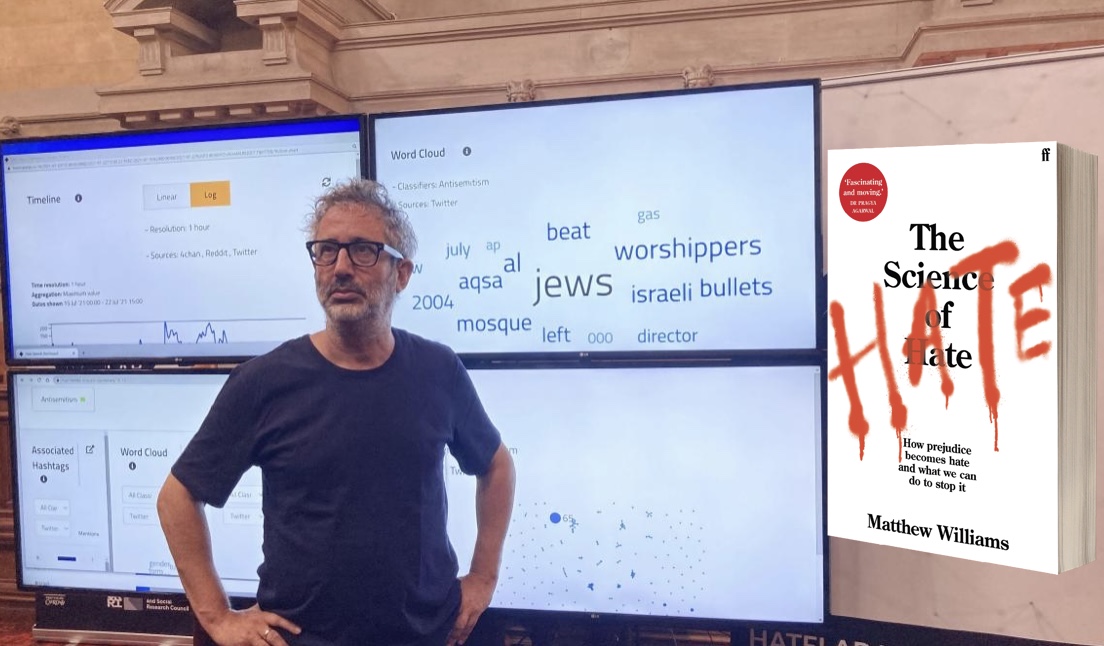 David Baddiel’s new BBC Two documentary, ‘Social Media, Anger and Us’, follows the writer and comedian as he explores the impact social media is having on our behaviour both on and offline.

HateLab’s Professor Williams is interviewed as one of the experts in the documentary, and is asked what his new book, The Science of Hate, reveals about the patterns and causes of online hateful and abusive behaviour. Williams puts Baddiel’s social media behaviour under the microscope, analysing the angry and hateful tweets he receives, and demonstrates how the one-of-a kind HateLab Dashboard is helping us monitor and counter online hate speech.

David Baddiel says: “David Bowie, in 1999, said, of the internet, this will change everything. As ever, Bowie was a prophet. Because what seems like just a means of communication has completely changed how we communicate. Social media in particular, seems to have raised the temperature of every type of utterance. I’m hoping this film will add to the understanding of all this and not the anger. But I’m still expecting to be shouted at online about it, of course.”

Professor Matthew Williams says: “‘In my early 20s I became a victim of a series hate incidents, both on the streets and online. It damaged me physically and emotionally, but it also sent me on a scientific journey to find out why my attackers chose me that day. The last 20 years of my career have involved looking into some of the darkest parts of the human mind to work out what makes a prejudiced thought turn into hateful and sometimes violent action. Left unchallenged, the expression of hate in our modern connected society has the potential to become more widespread than at any other point in history. I’m thrilled to be part of this documentary, which I hope will help viewers to better understand this increasingly prevalent human behaviour.’”

The Science of Hate is published by Faber & Faber. An updated version is out in paperback in March 2022, featuring new analysis of the hateful abuse sent to premier league football players over the last decade, including in the aftermath of the Euro 2020 final.