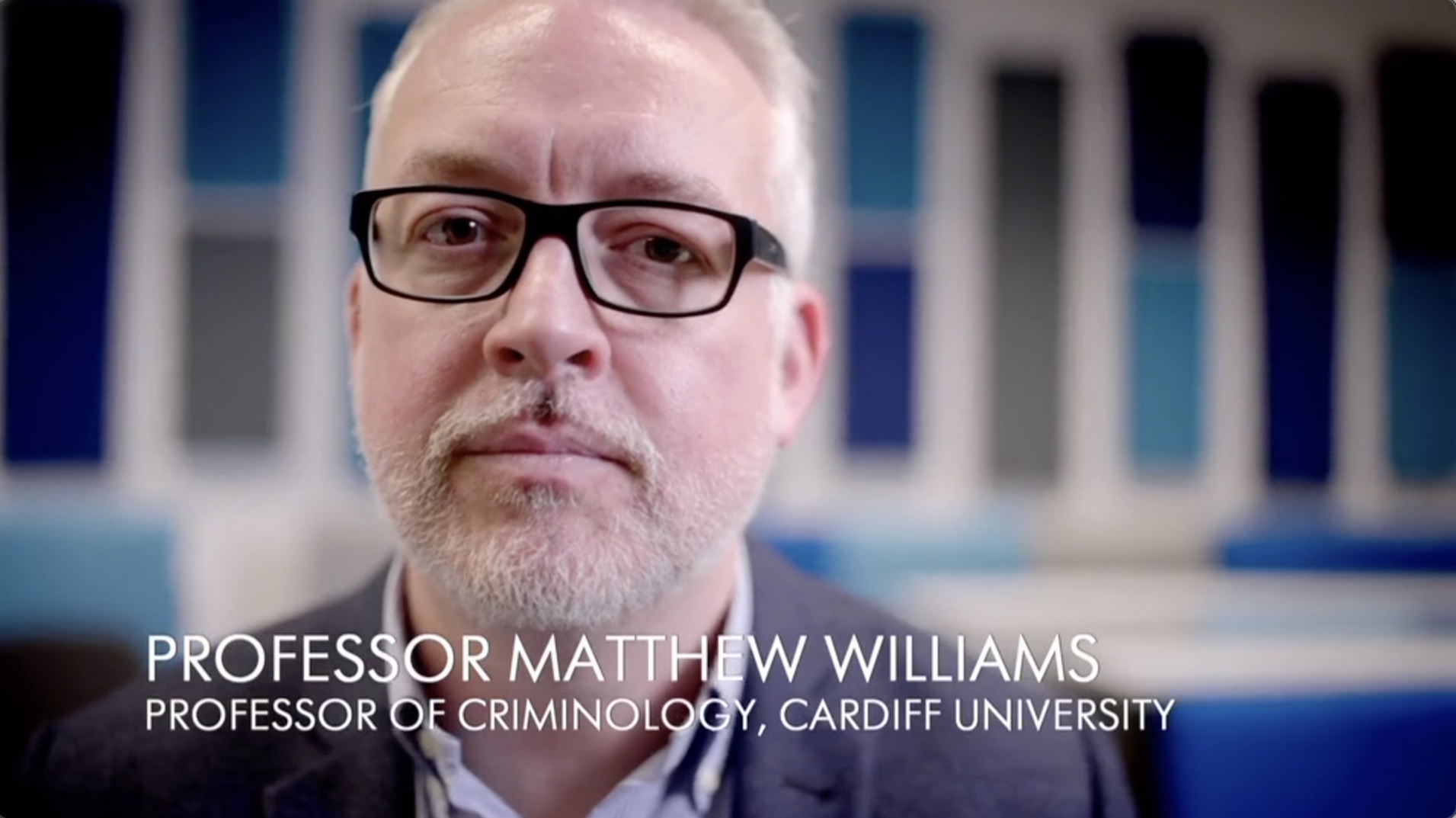 Murder: First on Scene investigates the hateful killing of Sophie Lancaster, a case Professor Williams covers in his book, The Science of Hate

CBS’s latest true crime series ‘Murder: First on Scene’ is a docuseries which examines the work put into investigations and murder cases by a variety of criminal experts, who provide their first-hand accounts of what happened on each case.

With each episode looking at a different criminal case, the series takes viewers through the first stages of a murder inquiry. Featuring first-hand accounts from investigators on certain criminal cases, the series examines the intense process that first-on-scene investigators have to go through in order to bring a killer to justice.

Professor Williams was asked to provide his expert opinion on the murder of Sophie Lancaster.  The Lancaster case is featured in his latest book, The Science of Hate.

Extract from The Science of Hate:

In the early hours of Saturday 11 August 2007, twenty-year-old Sophie Lancaster and her boyfriend, twenty-one-year-old Robert Maltby, were heading home from an evening at a friend’s house in the small town of Bacup, Lancashire. On the way they stopped off at the Total petrol station on Market Street to buy cigarettes.

They had been dating for about two years, and both planned to start university that October. They were a solitary couple, mostly keeping themselves to themselves, but they occasionally joined in with the local ‘goth’ scene. Their look was distinctive – brightly coloured braided hair, and nose and lip piercings – and it had attracted the wrong kind of attention in the past. Defiant and free-spirited, Sophie and Robert never changed their appearance and they looked perfect together. Just a month before they had talked about marriage.

At the petrol station they encountered a group of teenage boys on the forecourt. They got into a friendly conversation and shared the cigarettes they had bought. Instead of continuing home, Sophie and Robert decided to continue hanging out with the boys at the local skate park.

Upon arriving they were introduced to other members of the gang, including sixteen-year-old Ryan Herbert and fifteen-year- old Brendan Harris. Both boys were nonplussed by the arrival of two goths, or ‘moshers’ as they disparagingly referred to them. Herbert and Harris showed their disapproval by moving to the other side of the skate park.

Sophie and Robert continued to exchange friendly banter with their new friends, their piercings attracting much of the attention. Meanwhile Herbert and Harris were joined by several other boys. All of them eavesdropped on the conversation and leered over. One of the boys called out to his friend who was talking to Robert, ‘Why the fuck did you bring them here? Weirdos. Let’s bang him!’

The mood quickly turned. Harris launched himself at Robert, landing a punch to his head. ‘Get off him!’ Sophie screamed. A mob descended on Robert and kicked him to the ground. They booted him from every angle until he lost consciousness.

Sophie begged them to stop and put herself between Robert and his attackers. She cradled his head and cried. The mob told her to move, but she wouldn’t leave her boyfriend’s side.

Herbert kicked Sophie so hard that she flew backwards and hit the ground. Harris then joined the attack. Sophie was simultaneously kicked in the head by the two boys from opposing sides. Herbert delivered one final stomp to her skull. The force of the impact was so great that Sophie’s face was left with an imprint of his trainer.

Sophie and Robert’s facial injuries were so dreadful that the paramedics could not identify either’s sex when they arrived at the scene. As both were rushed to hospital, the boys boasted about their attack to other locals: ‘There’s two moshers nearly dead up Bacup park . . . You want to see them, they are a right mess,’ said Herbert.

Robert eventually regained consciousness in the hospital but lost all memory of the night. Sophie was in a coma for thirteen days and died in her mother’s arms after her family agreed to turn off life support.

At the sentencing the judge stated, ‘I am satisfied that the only reason for this wholly unprovoked attack was that Robert Maltby and Sophie Lancaster were singled out for their appearance alone because they looked and dressed differently from you and your friends . . . This was a terrible case which has shocked and outraged all who have heard about it. At least wild animals, when they hunt in packs, have a legitimate reason for so doing, to obtain food. You have none and your behaviour on that night degrades humanity itself.’

Life sentences were handed down to Harris and Herbert, and the other boys received between four and six years.