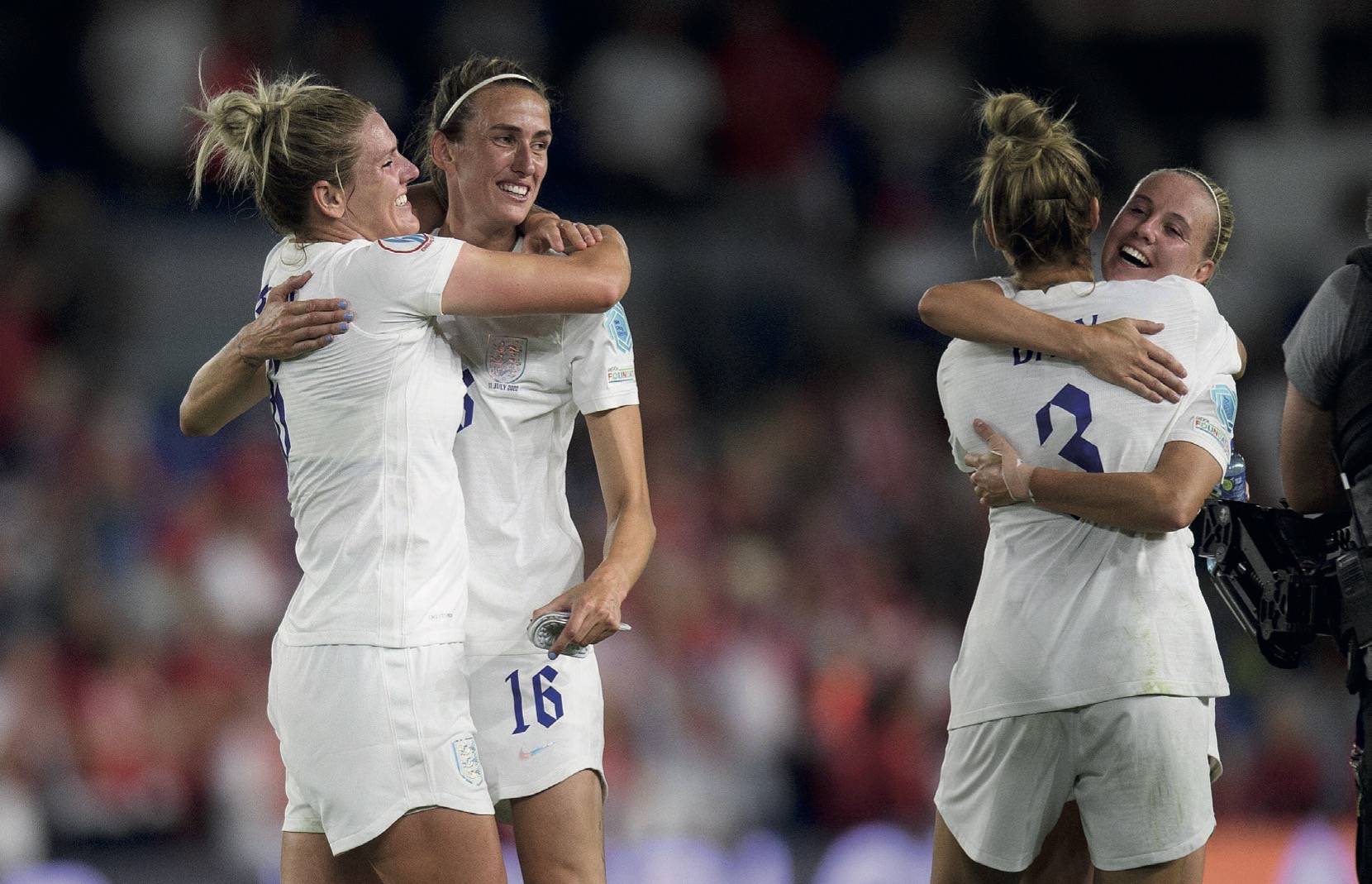 The vast majority of social media posts directed towards England’s winning Euro 2022 football players across the tournament were positive, an analysis by Cardiff University’s HateLab has found.

The study of 78,141 posts on Twitter, Reddit and 4Chan identified more than 50,000 positive posts – roughly one “hate” post for every 125 “hope” posts – while 380 were classed as sexist or homophobic. The remainder were either negative or neutral.

The report authors said that while the amount of hate was low in comparison to previous research on the men’s game published in the book The Science of Hate, social media abuse and inaction from platforms in removing content remained a concern. 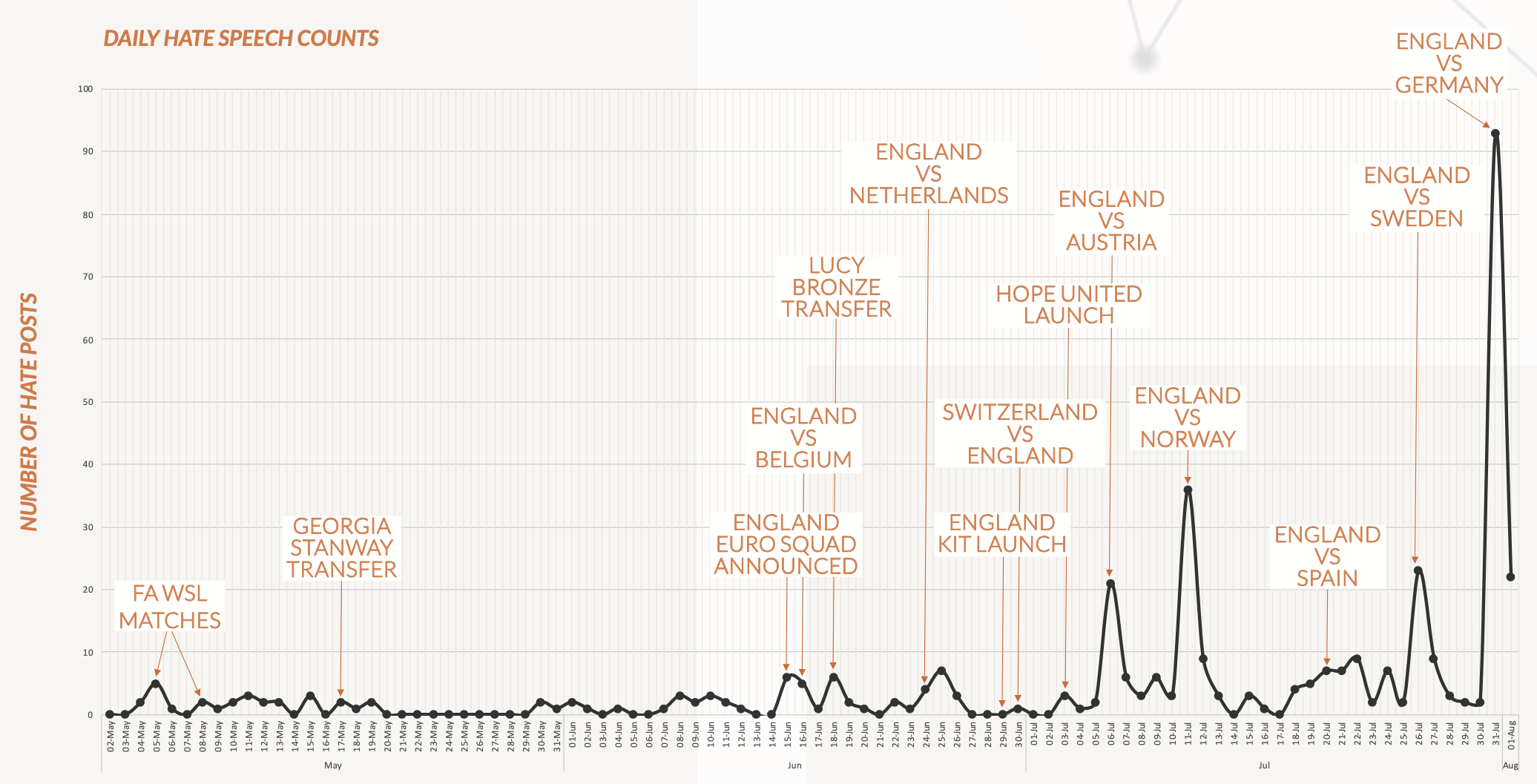 “In the women’s Euros, we found far fewer posts directed at individual England players, which is perhaps unexpected but may be reflective of the different audience for the game and positive sentiment around the team’s success.

“We also know that the portrayal of positive stereotypes in football can suppress the expression of prejudice – our previous reporting around the ‘[Mo] Salah effect’ found a drop in online anti-Muslim hate speech from Liverpool fans and a reduction in hate crime on the streets in Merseyside.

“That said, the nature of the 380 posts we identified was concerning, including attempts to scorn the success of women’s football, players being told in some of the less offensive posts to ‘get back to kitchen’ or to ‘make a sandwich’ and suggestions women should not be playing football. There were also grossly offensive posts that made sexual references. It is surprising that most of these posts remain live on the platforms.”

The researchers developed new algorithms engineered within HateLab to analyse thousands of English-language posts sent between 2 May and 1 August. The algorithms are trained on naturally occurring hate speech that is annotated by human coders to ensure a high level of precision, accuracy and recall. This enabled HateLab technology to detect misogynistic and homophobic posts in real time and at scale during the tournament.

They found England players received 50,422 positive posts during the 13-week period, with “hope” content peaking when England played Norway, Spain and Sweden. The largest spike was during the final against Germany. 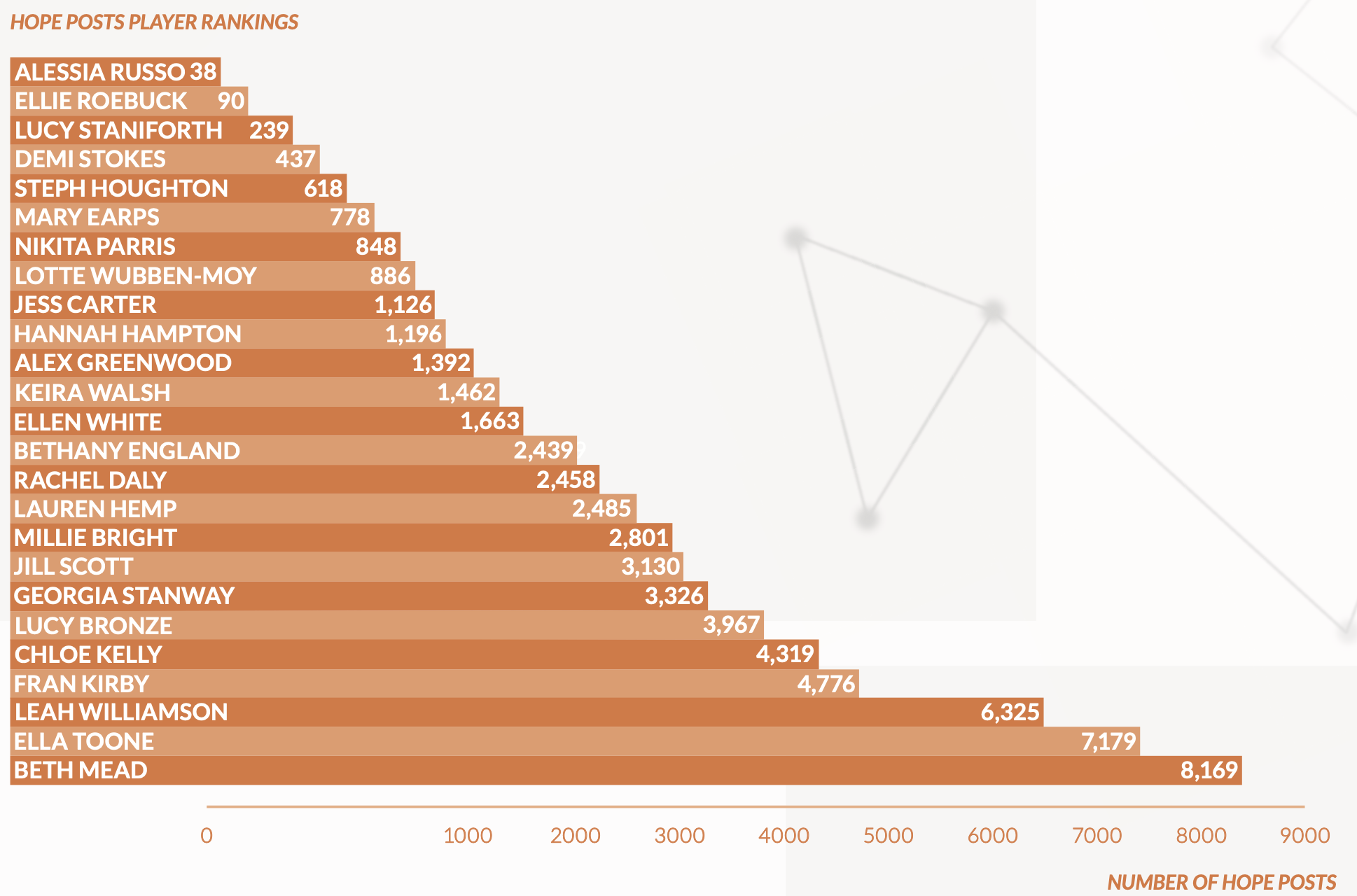 In total, 380 posts were identified as sexist and homophobic hate speech, following a similar trend over time to the positive content, and peaking with 93 posts during the final. In comparison, there were 920 racist posts identified per hour at the peak of communications on Twitter in the aftermath of England’s penalty misses in last year’s final.

The analysis of the hate speech posts found: 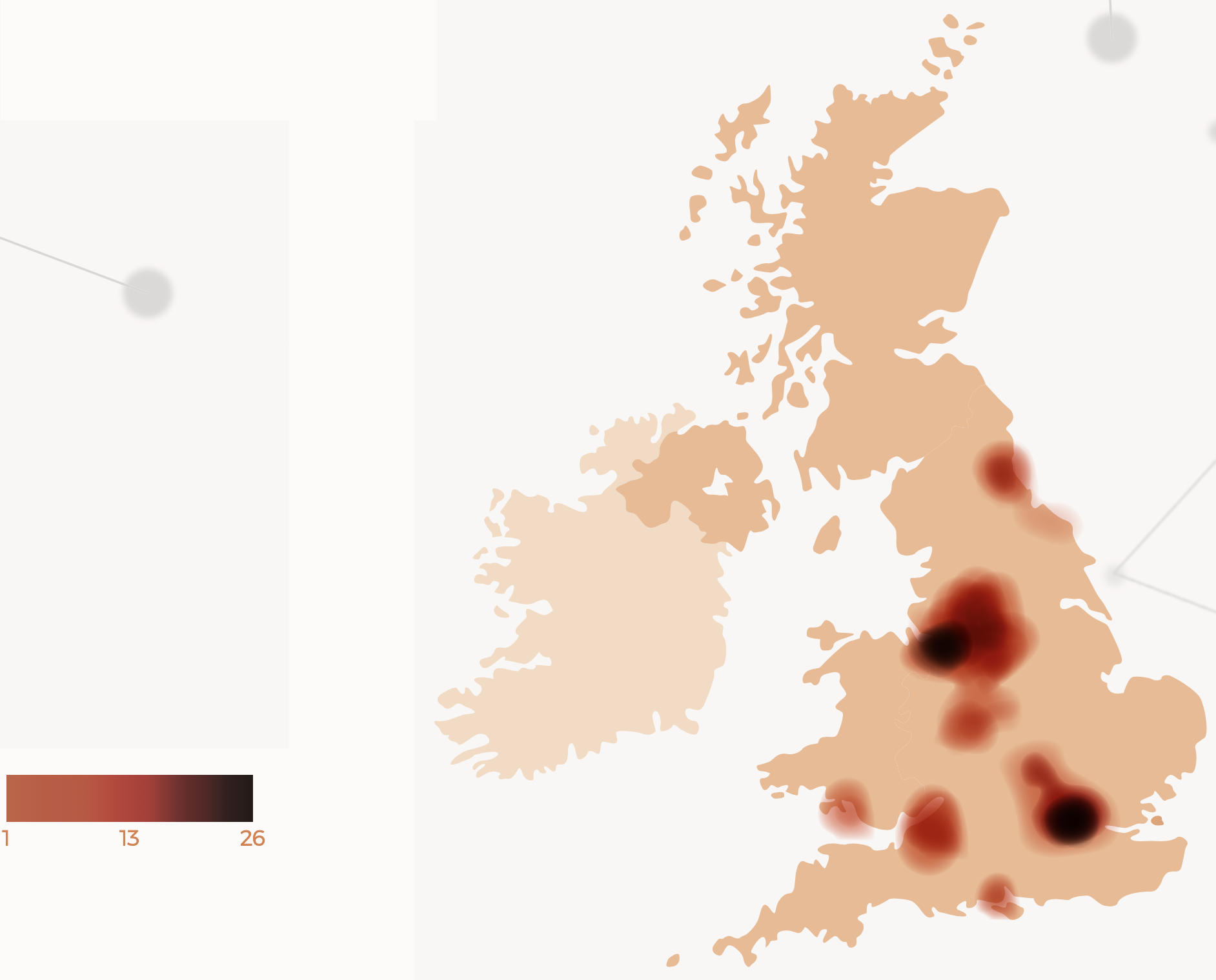 “The vast majority of sexist posts that may be considered grossly offensive remain live, suggesting that moderation efforts are not having an impact on removing hate speech and that social media platforms need to take extra measures to protect users from being subject to abusive communications online,” said Professor Williams, who is based at Cardiff University’s Social Science Research Park (SPARK).

“Campaigns such as EE’s Hope United, Kick It Out, Show Racism the Red Card, and Rainbow Laces are working to raise awareness and prevention of hate through the footballing calendar – but there is still a long way to go before we see online abuse disappear from platforms.

“Governments and social media companies need to go further, but ultimately, until the majority of users of these platforms become upstanders against hate instead of bystanders, we are unlikely to see the eradication of hateful abuse from our online spaces.”

The Science of Hate: How prejudice becomes hate and what we can do to stop it by Matthew Williams is published by Faber & Faber.

HateLab was established via funding from the Economic and Social Research Council.